Idomeni exit or no exit. Refugees

the return of Odysseus hosted by vimpt 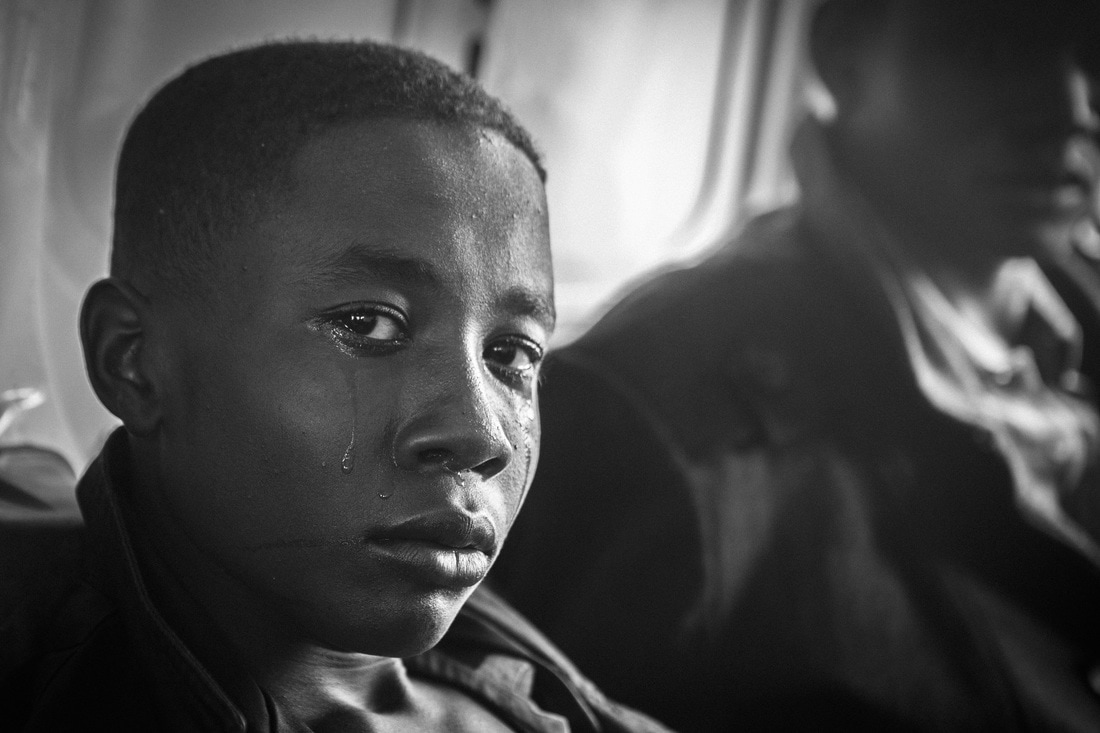 The return of Odysseus. The story of 160 refugees that came from Africa to Gavdos. “The name of the boat? What boat? The escape boat? The boat full of refugees? The boat of death? But first of all is the boat of hope. Maybe this was a “salto mortale” (leap of death). Because in my country there’s no hope but death, only death. Ι got in the ship because Ι wanted to live like a human. To claim my human rights that my children will go to school, they will have medical care, future. These days in Africa everybody has a gun and he believes that he is Master Death, but the only thing he does is kill Mama Africa.” Visit Vimpt's web site to read the full story. 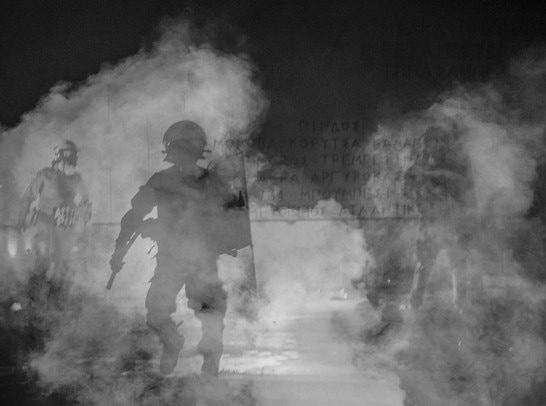 As you told me, you’ve been in photojournalism for 20 years now. How were you involved in it?
When you deal with the random in your pursuits, which are not yet formed, somewhere in the university years when, to put it simply, you try to figure out things, the stimulus to make me be involved in photography has been a camera my brother in law gave to me. The social and educational environment at the Philosophical School of Rethymno was suitable enough for me to apprehend the colour, the art, the composition and to watch cinema. A majestic great world opened up in front of me, since the stimuli I had up to that point were mainly from the agricultural world of the village. From the cucumbers and tomatoes I moved on to history of art and photography. I started archaeological photography at the safe environment of the University at the time, then the army followed, after that I went back to Crete and from there I took a morning ship one day and came to Athens without knowing almost anyone. I lost myself in so many irrelevant jobs and finally, my appointment with photography was redefined in 2003 when I started a collaboration with Difono magazine and that’s how it began anew…up to today.

To be at the right place, at the right time. This photograph is such a proof, with three different worlds meeting through your lens. Is it that moments find us or is it a matter of luck? Can you train the way you look?
I constantly return to the random. I consider it to be a determinative factor of life, therefore of art, though focused on its dialectic form, completely stripped of metaphysical searches and peculiarities that will make you feel special and charismatic, when actually you’re failed. The way you look is a huge chapter in relation to the recording of the historical detail of reality. The speed with which the eye records the details and aesthetically redefines them and recomposes them into an image is clearly a product of experience where the random can escalate the result of said look.

I recently visited the NMCA (National Museum of Contemporary Art) where I saw this phrase: “Black and white photographs tell the truth. That’s why insurance companies use them.” 6 out of 44…that’s how many black and whites you have at your instagram profile (up to the time the interview was taken). I take it that this phrase does not resonate with you, right?
What? How? *laughs* I don’t like putting such cheap labels. The truth is a subjective condition for people that can coincide with the collective ego of a team which in turn can coincide with an image, either coloured or black and white, based purely on the content. For instance, the black and white or coloured photograph of a police officer in flames during a protest march has a truth that is visible and is always a mediator through the photographer. So the truth depends on the quantity of our immorality in relation to the lengths one would go to climb in their career by capturing the exclusive, etc.

Judging by many of your photos, it seems that you must have been in the line of fire plenty of times during these 20 years. Does the instinct of self-preservation kick in at all or the photographer Vassilis is “lost” in the moment?
The adrenaline stifles the fear and the pain doesn’t exist at that moment. You only notice it when you go home and you see a huge bruise on your body put there by a (police) club.

The girl that’s looking down to our soul, the weeping boy, the old lady that responds with the most symbolic of gestures, the emblematic Psarantonis… Do you prepare the ground before you take their photos? Are you affected at all?
When you photograph you need to “dominate the game”. You are the perpetrator that tames the victim, with good intentions though, so that they can let themselves in the charm of the lens. The moment I photograph I don’t let my feeling dominate me. You need to be tough, without sentimentalism. When you get home there’s always a sofa full of emotions and a white wall waiting for you.

We see a number of your photos on Instagram but I’m sure it’s just a sample. A photojournalist’s job never ends of course, but what’s ahead for you? What goals have you set for the future?
I have never set specific goals. I follow my instinct and let myself in the excitement of photography.

Despite the fact that your photographs are records of moments/facts and one would assume that it is more of a “I shoot what I see, not what I feel” type of photographic attitude, they emit so much feeling. Do you think that we underestimate the power of reality as far as the emotional part is concerned?
They are two mingled worlds, not just a simple meeting. I am the mediator of a historical moment, a meeting, an affair with the viewer. That’s what photography is. The key connection of the affair with the viewer. The feeling varies based on the viewer’s experiences and furthermore on their searches and empiricism that will lead them to emotional empathy.

In the end, how much power is there in a photograph? Can it shake and awaken consciences? And how easy is that nowadays with the constant flow of images and photographs coming from everywhere?
Marcuse points out that “Art is the seeming expression of a world under formation. Art and revolution are united in the process of changing the world”. How many photographs have there been that have travelled all the world and shook it? The Soviet flag at the top of Reichstag in the destroyed Berlin or the photograph with the children running to save themselves from the American Napalm bombs in Vietnam are some examples. The global outcry made the president of the United States to withdraw the troops very soon after that.
50K BOOK